“I will one day see my name on the silver screen.”

Posted on July 31, 2018 by seattleeducationaccess 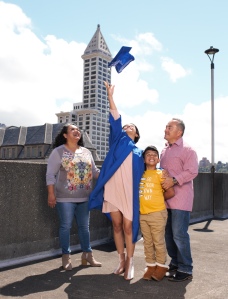 My name is Jojo Ardon. My pronouns are they/them, I am 18 years old, and I live in Federal Way, Washington. I live with my mother, father, and younger brother; who is 7 years old. I love him with my whole heart. My motivation to work hard comes from giving him a good role model.

School has always been a word that made me fall into despair; the place that made me break down in tears when I would step into the shower at night after 4+ hours of homework. It wasn’t always like this. September 2005 you would have seen a happy small child, shyly hiding beside their mother as they stood in line with other small colorful children, tugging on the straps of their pink Barbie backpack that was much too big. Kindergarten was the glimpse into what was to come in my school life; within the first month I began getting bullied by a much older student, 4th or 5th grade, constantly being shoved and screamed at by this person made me quickly hate waking up in the morning, they also made me hate my favourite denim Minnie Mouse bucket hat, which I had worn everyday it was possible. And although I would later get pushed off the monkey bars and have my eyebrow split, and I would get in trouble for biting a student that had me in a choke hold. Kindergarten was the ‘easy’ part.

When elementary school time was up I went to Highline CHOICE Academy, a school I was so looking forward to going to; I had a few close acquaintances from elementary attending as well, it looked to be as if everything would be okay.

CHOICE Academy is known for preparing you for your future education and career, it’s also known for the good socialization between all it’s students. When I started going to CHOICE in 2012, my 7th grade class had a little under 25 students, everyone kind of knew each other. Also since the school as a whole was fairly cramped you would often see the 7th graders chatting with the 11th graders. I will admit, middle school at CHOICE wasn’t that bad, I remember a few moments being genuinely fun, and I am thankful for those. I was always a good student, I enjoyed learning, no matter how much I would complain to my mother about it, I loved, and still love, writing essays, reading, learning about history, and so much more; so it was easy to throw myself into my school work when I realized I didn’t have any friends, not really, I had people I would hang out with and joke around with, but that was it. When I came to the realization of this it kick-started my anxiety, but I wasn’t desperate to find someone, I was alright, or at least I tried to be; I thought I couldn’t do any better than the people I knew.

You often hear students saying, “This place is hell” or “I’d rather die than be here” and most of the time they are told as jokes; not for me. During my sophomore year we had to decide what we wanted to do the following year, either attend Puget Sound Skills Center (PSSC) or Running Start; I had chosen the multimedia course at PSSC. The first month at PSSC was pretty good; a new environment with new people who all had a common interest; this was also the time I came to the realization that I want to be a screenwriter. I wouldn’t even last 2 months at PSSC, because a student choked me one day to the point where I had to kick him away; I feared everyday after, but I didn’t dare say a word; I took it out on myself, I self-harmed more regularly to the point I wanted to take my own life. October 2015, I was sent to Fairfax Behavioral Health Hospital for a week and a day; I remember crying on my last day because I felt I wasn’t ready to leave, I had also made friends while I was in there. I didn’t go to school for 3 months, trying to figure out what came next, and in January 2016 I was sent to the Woodside Alternative Campus, and online learning center. I fell into my old routine there, threw myself into my work extra hard to try and distract my bad brain. I completed all my necessary credit requirements at the end of November 2017, I could have gotten my diploma then, but my mother had always dreamed of seeing me in every my cap and gown walking across a stage, so I didn’t take it, not yet. I spent the next 7 months interning at NAVOS Mental Health and Wellness Center, I would give presentations in the Highline School District and as well as students at the UW where I am able to share my experiences to teach others.

The learning center was one of my greatest support systems when I needed it most, I saw the teachers as real people, interested in every word they had to say. With the learning center I was able to connect with SEA, and have the privilege of meeting Taylor Wells. Wells is the type of woman you greatly benefit from just by standing in a room with her; with her I have mainly been working on scholarship applications and was able to get the “No Time To Sleep” scholarship from Alaska Airlines. With this I am hoping to attend the Seattle Film Institute after a year of community college.

School; the word that once threw me into despair has shaped me into the person I am today, and although my mental health is still exceptionally bad, I am able to say that I will attend Highline College in September, then (hopefully) Seattle Film Institute, to one day see my name up on the silver screen, with screenwriter/director beside it.

This entry was posted in Uncategorized. Bookmark the permalink.